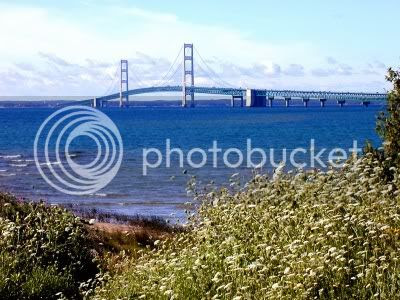 "The best thing that could happen to the U.P. would be for someone to bomb the bridge". -John Voelker, former Michigan Supreme Court Justice and the author of Anatomy of a Murder and Yooper resident

I have been a bit disturbed about news reports I have come across this morning that report that some men have been arrested on suspicion of bombing the Mackinac Bridge. But I am less concerned that someone might try to blow up the bridge than I am that law enforcement might be arresting people too quickly.

I am sure that blowing up the Mackinac Bridge would be spectacular and all but it wouldn’t really cause any significant economic disruption or at least not enough to make it a worth while target for terrorists. It wouldn’t be anything close to the disruption that would happen if the Ambassador Bridge were blown up for instance. So, this story just seems wrong from the get-go. I mean ok, there are some Yoopers around who probably would like to see the bridge gone (see above quote) and if it were one of them, I could see arresting them but these guys were no Yoopers.

Then, the evidence that these folks might be plotting something nefarious appears to be three-fold but rather flimsy.

it struck me as odd too.