Grrr. Tblog is down so I cant post this at The Lynne Show so I guess I will just post it here and post a copy of this over there later on if I have time. But since this post has lots of photos, it seems like it might belong here too.

I went to a wedding on Sunday. It was fun in the way that gatherings with a bunch of one's friends can be fun. I spent more time talking than taking photos but I did take a *few* good ones. 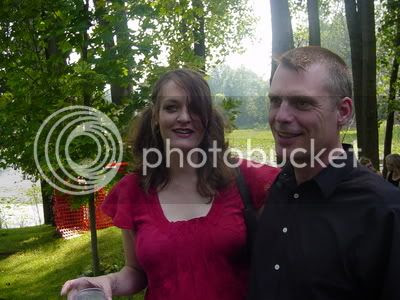 This is Aviva and her husband Preston. I told Preston that I needed this photo for my blog and then I had to explain exactly what a blog was. I told him that I gossip about him all the time and put all of his business online here. He didnt look happy. 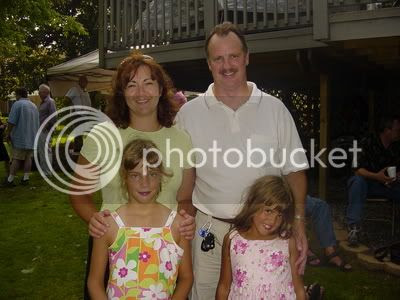 I spent a lot of time talking to my friends Debbie and Mike (pictured here with their kids) about taxes in Ypsilanti. They live in Ypsilanti Township and I live in the city. Guess who pays higher taxes? 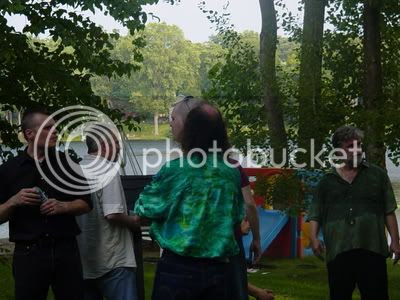 The small world surprise wedding guest turned out to the be Charlie, the guy whose dog might be my dog's sister. This is a picture of the back of his head. The funny thing is that when he asked me how I knew the bride and groom, I almost launched into a story about how the bride and I used to have cats we thought were siblings but I decided that even though that is true, it might make me seem kind of weird. You know…like I am the sort of person who goes around finding the siblings of my pets. I suppose that since it has happened twice, in a way, I am the sort of person who does that. Haw. 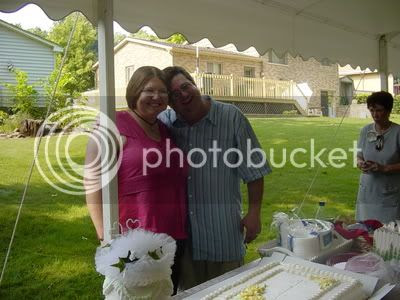 Here is the happy couple about to cut their cake. I took the picture and then got out of the way so others could get closer. I found out later from another party guest that I missed one of the greater cake cutting speeches ever. Knowing Angela and Clay, I don’t doubt it. 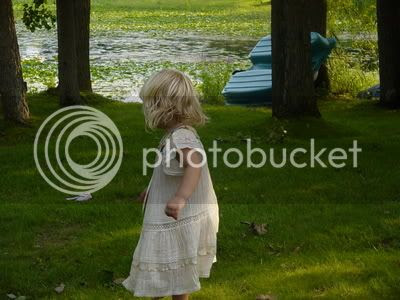 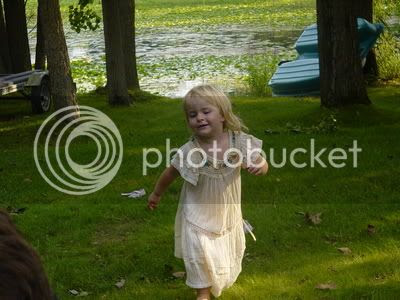 There wasn’t a lot of dancing at this event but I did manage to catch 2 year old Sophie doing a little number on the lawn. 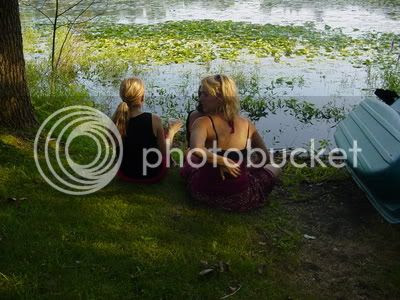 Here is Shannon, Jodie, and Nicole (in front of Shannon) sitting by the lake, talking.
Posted by Lynne at 1:30 PM 1 comment: