I had my six month review today. It rocked. I got a big raise. I love it there. I have seven windows to look out of from my desk. I have a fancy office chair. I work with some seriously awesome people.
Posted by Lynne at 8:02 PM 3 comments:

Email ThisBlogThis!Share to TwitterShare to FacebookShare to Pinterest
Labels: work

I am still alive

I have, alas, been very bad about blogging lately. And the funniest part about it is that it hasnt been because of a lack of things that I have wanted to write about. I swear, at least once a day I find myself thinking, "this would make a good blog post" and sometimes I even compose the whole post IN MY HEAD where it does no one any good.

I have wanted to tell the world about the people I see on the bus. Last week, I saw a mentally ill woman I used to know a long time ago. She didnt recognize me. But she was on the bus with a man who was clearly in love with her and with whom she apparently lived. I listened to their conversation for the entire TWO HOUR bus ride home (snow storm). It was funny because I found their words to each other very touching and very nice and it made me feel kind of good. But I was still stuck on the bus for TWO HOURS and I had a pee a little bit and I was hungry and frustrated and wanted to scream. Anyways, this woman was just so happy that she was, perhaps inappropriately, spreading it around by talking to people on the bus. There is, after all, bus etiquette that strangers only rarely speak to each other. As I got off the bus downtown, she said to me, "sweetie, if you need the eleven, you need to wait right by me" but I had to decline her offer since another bus which could get me home had just pulled into the transit station.

I wanted to tell everyone about my car which has now broken down twice in a week. I just spent five hundred bucks on it and now it is back in the shop and who knows how much else I will need to spend. The timing is bad because I need all the money I can get for my upcoming trip to Paris. I am going to do my taxes this weekend and I am going to hope that I get my refund before I leave. Still, on the money front, except for the car repairs, I am digging myself out of a financial hole that I am ashamed to have found myself in because I am smarter than that. Sometimes smart people do dumb things. But anyways, I have recovered from an earlier financial crisis and have enough money to live my life without the horrible budget I have been living with for the last several months. But, of course, I am going to still live with the horrible budget but just knowing that I dont HAVE to somehow makes it easier to do it. Weird I know. But there you go. 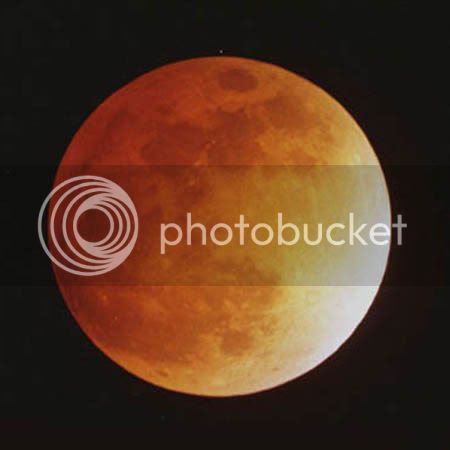 I wanted to tell everyone about last night. There was a lunar eclipse and everything worked out perfectly for it which as anyone who lives in Michigan can tell you, the chances of a clear night in Michigan in February arent especially high. But last night was crystal clear and the moon turned this cool orange color. I was at the lake where there are few city lights or at least fewer than here in Ypsilanti. So I stood on the deck there for a half an hour in the cold and looked at the beautiful moon and the stars which just seemed to get brighter as the moon got darker. I looked up at my favorite constellation, Orion for a long time and I thought about things I learned in my astronomy class about how Orion is in a part of space where new stars are being born and about how I'll be dead before any of the light from a star being born right now ever gets to earth. The nebulae in that part of space, such as the Orion Nebula, are just about the most beautiful things I have ever seen.

There has been more stuff too but I will have to save it for another time...
Posted by Lynne at 10:01 PM 1 comment: