City of Ypsilanti Does the Right Thing

I am very happy that the City of Ypsilanti has decided to do right by its citizens and waive the fines from the recent snow ordinance enforcement fiasco. My faith in the city has been restored as has my trust in city employees.

Here is a link to the story in the Ypsi Citizen

Ask and Ye Shall Receive

Prostitution sting leads to two arrests
Posted by Lynne at 6:44 PM No comments:

But What About the Hookers??? 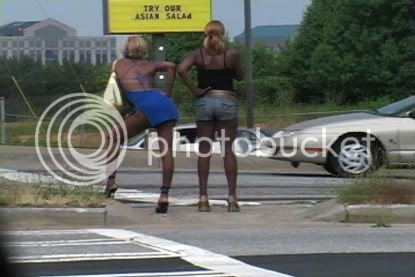 This weekend, I was hanging out with my sister bitching about this whole shovel mess in Ypsilanti. My sister reminded me of a story that she feels captures the essence of Ypsilanti...

A while back, I went to a neighborhood association meeting where representatives from the Police Dept were available to listen to citizen's concerns. For TWO hours, it was nothing but bitching about barking dogs, uncut grass, and people speeding on Prospect. Finally, after everyone was finished with that, one man stood up and asked, "But what about the hookers? Is anyone going to do anything about the hookers"

That made me laugh for days. And it has helped me put this issue into perspective a little bit. I want a walkable city as much as the next person and obviously I think it is important that the city government be accountable to Ypsilanti citizens. But our city has problems that are way worse than snow on sidewalks. Just sayin.
Posted by Lynne at 8:11 PM 2 comments:

About a week ago, I received an invoice from the City of Ypsilanti for $103 for snow removal which they said occurred on 1/31. My initial reaction was to just pay the invoice because I couldnt remember if there was possibly any snow or ice on my walk that day. I was angry, though, because I was never issued a warning or notice of any kind. I also was angry because although I was being charged for snow removal, I never noticed that any work had been done. I was pretty angry, too, because this is not the first time I have had a bad experience with the city regarding ordinance enforcement (Click HERE to read about that experience)

Later, I came across Mark Maynard's post on the subject (which can be viewed HERE along with a subsequent post which can be viewed HERE). I came to learn that several other citizens received similar invoices and not a single one of them had received a notice or warning of any kind. Also, unlike me, many of them were certain that their walks were clear.

During the course of the discussion on that blog, there were a lot of people claiming that they received no notice. In fact, not a single person came forward and said that they had received a notice. Also, many people claimed that they had shoveled and as it happens, when they appealed, the city was unable to provide them with the photos the contractor is required to take of the walks needed shoveling. Also during that discussion, I was directed to a web site where I could see which properties received invoices. I was curious because the vacant property next to me has never had the snow shoveled even once this winter. They did not receive an invoice.

I decided to go to the City Council meeting tonight to voice my concerns. The first of which was that it appears that people were not given notices. The second of which was that there were consistent reports from many people that the work was not done. And the third issue was that the enforcement was selective such that the worst offenders, such as the vacant property next to me was not cleared or invoiced.

I was hoping that the city council would recognize that there was a problem here that was greater than just the people who have appealed this action or who have publicly complained. I suspect that if none of the loudest of city residents received a notice or warning, it is likely that many of the quieter residents did not either. I was hoping that the council would apologize to the residents of the city on behalf of the city employees who CLEARLY made a mistake here with the implementation of this ordinance. I was hoping to hear some plans about ensuring that ordinances are carried out properly.

I was disappointed. The attitude was basically, if you have a problem, appeal. And I heard that as far as notifications go, if a city employee says they left a notice, that is all the proof anyone needs. I also heard council members commend the staff on the job they did. Now, I wasnt expecting anyone to publicly censure a city employee for this but to *commend* them when there clearly is strong evidence that notices of abatement were not given is beyond the pale. At this point, I am just hoping that I misheard and they were being commended on taking the effort to enforce the ordinance in the first place (which they do deserve) rather than on the implementation which they do not. No one said anything about the selective enforcement even though I was not the only one to bring that up. Nor was there any discussion about how the city could make sure that the contractor did the job they were supposed to do. There was *some* discussion about improving the notification process and I appreciate that. But it isnt enough and it especially isnt enough in the absence of an apology or even much of an acknowledgment that the city was wrong


At any rate. I am going to appeal this. And then I will file it away with the other instances where I have been disappointed in how the city handles things. I can say this though. I am proud of all of my fellow citizens who came out to the meeting and spoke up, not just for themselves (as most of them have already had their invoices waived) but for everyone. One of the things this city still has in its favor is that folks in Ypsilanti are alright!
Posted by Lynne at 9:45 PM 21 comments: