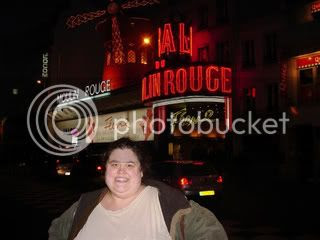 I am back from my lovely trip in Paris. I will probably spend some time this weekend writing a long boring post with lots of photos :) But for now. All I can say is that Paris is awesome but it is nice to be back home too although I wish the weather were a bit nicer here. 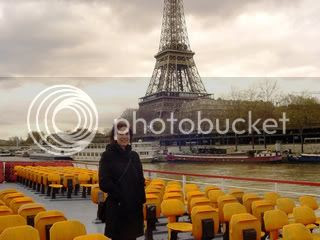 Email ThisBlogThis!Share to TwitterShare to FacebookShare to Pinterest
Labels: vacation

Well Regulated Capitalism with hints of Socialism on the Side.

I am leaving for Paris tomorrow. Yay! And I should be packing and cleaning my house. But as per usual, when I need to be doing one thing, I find reasons to do something else. In this case, blogging!

Since I am going to France tomorrow, I have been thinking about the economics of the place. It is funny because one of the first papers on economics I ever wrote was one where I compared and contrasted the economic systems of the USA and France. I was in eight grade and while it was a good paper for a person of that age, I still remember that I called France's economy Capitalist and in the margins where I wrote about all the state owned and operated businesses (mostly utilities and transportation if I remember correctly) my teacher wrote, "Isn't this Socialism?" *

And so it was. France has a economic system that imho combines some of the better parts of capitalism with some of the better parts of socialism. It is a system that has worked for decades. They have universal health care coverage. They have government services that Americans can hardly imagine. But most industries are private and generally the economy is a capitalist one these days. France is from everything I have heard a nice place to live and a nice place to work.

Here is the thing. There probably is no perfect economic system. But France seems to have come close in that they have a well regulated capitalist economy with large socialistic safety nets. In many ways, their economy is similar to the economy in the USA except they lean a bit more towards the regulation and safety net while we have a slightly more laissez faire approach.

I honestly believe that the US government could look to France and other European countries for guidance in our economy. I dont advocate pure socialism. I believe that those Chicago School economists were right about some things although goodness knows they werent right about everything. For instance, the state cant control all aspects of an economy for the simple reason that there are so many variables in any economic system that no one can know all of them. There are market forces and like the forces one finds in the field of physics, those forces are present no matter what one does. One can no more legislate away forces of supply and demand any more than they can legislate away the force of gravity.

But a government can and should influence the forces that are present. A government can perform certain tasks more efficiently than the private sector while the private sector excels in other areas. e.g. fire and police protection are probably better accomplished by government bodies than by private firms. And the production of ordinary goods and services are usually best accomplished in free markets (although still with some regulation).

Basically it comes down to this. Economic systems that are too socialist are inefficient. Think Soviet era state control. Not so great. But unregulated capitalist systems have their own problems. Think about how long that free market would stay free if the capital gets too concentrated into the hands of a few. Monopolies are a product of capitialism and are, in their own way, hugely inefficient.

The best bet is a combination of the two. Regulated capitalism with strong social safety nets. There is more stability (and trust me, stability is good for free markets). There are fewer social costs. It's not all about money.

My dream economy would have things like universal health care and a guaranteed minimum income. More social security benefits. More social programs including free higher education. More government run businesses like utilities. Better roads, better public transportation, better funding for scientific research including things done just for the fun of it like going to the moon. A highly regulated labor market with lots of laws protecting workers. And yes, higher taxes. I believe that if we spend our money in good ways that build infrastructure, it will allow the regulated but otherwise free capitalist firms to go about their business with the most efficiency.

* That paper was written shortly after the Mitterrand government had implemented a big socialist reform which created a backlash such that many of the previously socialized and state controlled institutions were placed into private hands.
Posted by Lynne at 9:10 PM 1 comment: