a date which will live in infamy 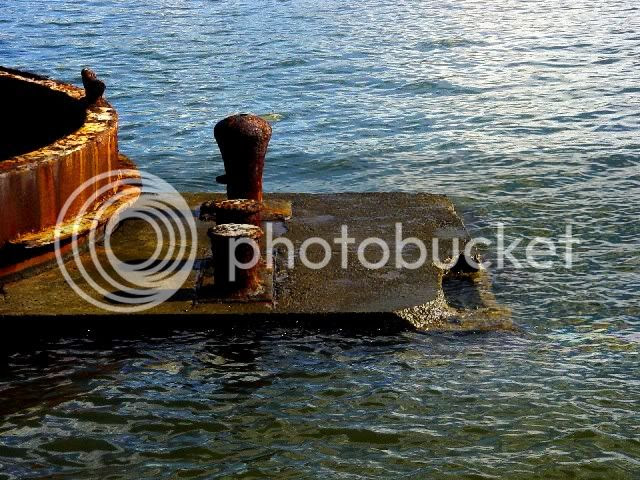 thanks for the reminder. it seems people arent making much of a big deal of it this year. Must be because there isn't a big movie coming out. My grandpa was stationed there, and left on Dec. 6. He was sent back afterwards to clean up the pieces. He still won't talk about the horror he witnessed (and cleaned up).

I'm resisting the urge to Photoshop-in a pic of Leo diCaprio standing on the edge of that photo with his arms spread out shouting that he's the King of the World.

Lisa, I have to admit that I was moved a bit when I went out to the Arizona memorial in Pearl Harbor last year. I think it is a good reminder of why we need to pressure the US NOT to bomb other nations. Treat others as you would like to be treated, no?

absurdito, Haha. That would be funny. Of course, not everyone has an appreciation of gallows humor that I have so I guess it would better if you didnt. :)

Luckily for me, my family does. I mentioned to my sister that I have my dog Crissy's ashes in the trunk of my car and she said "Oh then you can keep them there in case you find a nice place to spread them"

I said, "Or until I get stuck in the snow and need some traction"