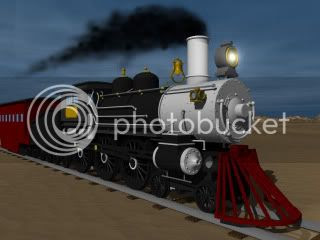 I happened to read on Mark Maynard’s blog the other day that Amtrak might consider a stop in Depot Town. I cant even begin to say how much I like that idea. There was also talk of adding a stop in Depot Town for some sort of Ann Arbor/Detroit commuter rail thing which might include a stop at the airport. Again I like that idea too. As it happens, I would use an Amtrak stop in Depot Town but probably not more than 2-3 times a year. I would use a train that goes to Detroit somewhat more frequently but even then, I wouldn’t be a regular user. Mark Maynard brought up some issues about the actual demand for a Depot Town train stop and I think, at least based on my own demand for either an Amtrak stop or a commuter train stop, that his concerns have some merit.

On the other hand, one thing people often forget is that the stop itself will create its own demand over time. For instance, if you put a stop for a commuter rail line in a nice walkable area like Depot Town and also provide parking and good connecting bus service, people will, over time, change where they live based on that stop being there. People who want to live walking distance from the stop for regular commuting will move into houses and apartments close to the stop. As housing prices rise around the stop because of that, people who don’t value the stop as much are more likely to move someplace else. Some people who want to use the train stop are willing to take a bus to the stop and those people will move to places walking distance from bus stops on routes that go to the train stop. And if there is parking, there will be some people who would be willing to drive from some location nearby and leave their cars at the stop. If a stop goes in, over a period of years, demand for the stop will increase.

A nice side benefit for folks like me who own houses near the stop, the real estate prices are likely to rise. I freely admit that is one reason I get giddy about the idea of a stop in Depot Town. NIMBY hardly ever applies to anything that raises property values. I guess one could call a train station stop, either for Amtrak or for some future commuter line as a PIIMBYP issue, ie “Put it in my backyard Puh-Leez!”

So, I have also been thinking a bit about Amtrak and long distance rail travel. I recently read an article in the paper about France’s high speed trains. I guess one of their trains broke some record by going faster than 350mph. And it got me thinking. In areas of this country like the NE corridor, high speed trains would be really neat. I know Amtrak has tried this with the Acela but that train isn’t really all that fast. But imagine a train that could go from Boston to Washington DC in three or four hours? It is the kind of thing that would be really neat and it is the kind of thing that would be very good for our country and the people in it. It would even be good for us in Michigan because trains produce less greenhouse gases than planes do. If there were a train that could get someone from Boston to Washington DC in three hours (and that is downtown Boston to downtown Washington DC), people would choose the train over the flying. All that train riding means cleaner air for the rest of us.

I was also thinking about how very cool a high speed cross country train could be. If one has a train with a top speed of 350mph, it would have an average speed that is pretty close to that over the plains states. I’ll bet a train like that could have an average speed of 200mph going from New York City to San Francisco which could mean a coast to coast train trip that takes around 15 hours. Oh I know it is a pipe dream and there are little things in the way (like the Rocky Mountains) that would make those kinds of speeds unlikely. It is just that there is more room on the train. And I really hate flying. I would rather spend 10 hours taking a train than 5 hours flying. But probably not enough people are with me on that which means that even if the technology were available for that sort of train, economic forces would keep it from happening. But what can I say, it is the sort of thing I daydream about.
Posted by Lynne at 12:41 PM

Email ThisBlogThis!Share to TwitterShare to FacebookShare to Pinterest
Labels: trains