A Post in Which I Blame The Sun For Not Blogging 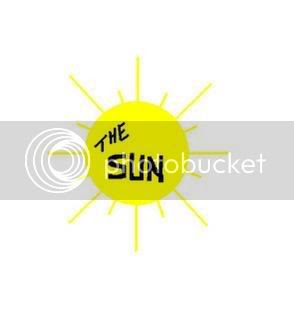 Man. This past week has been pretty nice. There has been lots of sunshine so I have been doing stuff outside. I have even already been swimming up at the lake! Yesterday was the BEST because there were no boats on the lake and I just swam all the way down the shore and then back. The water wasnt too cold although it wasnt warm either. Not bad though for a pre-memorial day swim.

The other main reason I havent been blogging is that I have been going to school full time for this short spring semester. It is intense and it has been keeping me busy. One of my classes is an online class which is nice because I have a wireless internet connection so I can sit outside and do my homework.

My other class is an Astronomy class. This class is essentially my last class at EMU. It is one of those science classes I put off because they sounded lame and hard and just not something that would be interesting. I thought I would hate it. But what do you know? I dont hate it and rather, really enjoy it! I kind of wish I had taken this class earlier because now I want to take a Physics class since the physics part of Astronomy seems the most interesting part. And of course I want to take more Astronomy classes too.

I got to look at the Sun through a telescope earlier this week in our class. That was really cool. I didnt take a picture of it myself but I found this one from about 11 years ago on the NASA web page. This is pretty much how the sun looked to me since we were using a similar filter (obviously, it is a bad idea to look at the sun through a telescope without a filter). This picture was also taken during a period of low activity on the sun. Sun activity goes in cycles of about 11 years so this picture was taken during the last low activity period. So it was very neat even though it wasnt very active. I can only imagine what it must look like when it is in an active phase!

So there you go. Instead of blogging, I have either been out playing in the sun or out learning about the sun.
Posted by Lynne at 8:24 PM

Hey It's Proshat!
As Long as you're having fun, we can cope with you not blooging once in while... just dont take too long... we miss ya!

I cherished up to you'll [url=http://www.oksunglassesaushop.com]cheap oakley sunglasses[/url] obtain performed proper here. The comic strip is attractive, your authored material stylish. [url=http://www.oksunglassesaushop.com]cheap oakley sunglasses[/url] , nevertheless, you command get got an shakiness over that you want be delivering the following. unwell undoubtedly come further before once more since precisely the similar just about a lot frequently inside of case you defend this increase.