I somehow managed to limp my way onto the plane in Detroit. It was a totally full plane as I expected but the ativan did what it was supposed to do and I didnt freak out and actually had a pretty relaxing flight. My foot swelled up a LOT though on the plane since I couldnt elevate it.

So I pretty much spent the first few days in Seattle sitting around on my friend's couch visiting and watching TV. 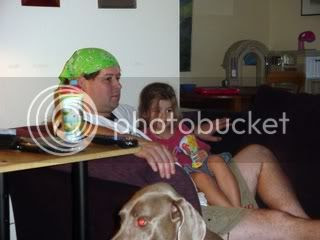 I did go out for a nice birthday dinner though, with Chris and the three B's (Beth, Barry, and Bridget). Even though birthdays arent such a big deal for me anymore it was still fun to spend my 38th birthday with friends. I forgot to charge up my camera though so no photos.

I dont have any photos from my day spent with my friend Ali either because like a dork, I forgot my camera. We had a really great day though. Still, it is a pity that I forgot the old camera because Ali is looking really HOT these days and I would love to share her great beauty with everyone. We didnt do anything too touristy but, rather, hung out in a bar eating fried pickles that were made specially for us by the cook. Have we started a new trend in Belleville WA? I have a feeling from the cries of "Fried Pickles? How GROSS!!!" that we have not. But people, listen to me. Fried pickles are one of the world's greatest bar foods. No lie.

Ali was kind enough to take me to the local urgent care where I was able to get a nice brace/boot thing for my foot. It was funny because the doctor asked me, "What were you on when this happened?"

She looked puzzled for a moment and then said, "No, I meant what kind of surface were you on, like concrete or carpet?"

Later on, the three year old of the house (who is cute as a button) decided that my special boot was just a whole mess of fun! 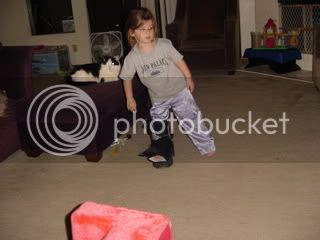 I spent a day with my friend Marc too. We drove all around the pretty countryside north of town and I pretty much admired the scenary and we talked and talked which I enjoyed quite a lot. We stopped a nice park where I picked wild blackberries and had a little mini-picnic. It was a nice day. 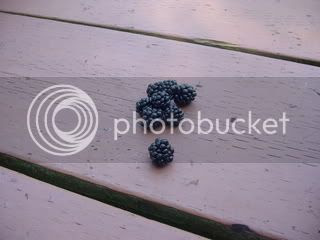 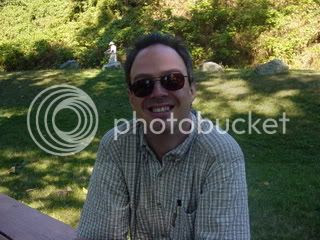 Barry and Beth and Bridget took me out for a nice dinner on Friday night (9/8) to a place with a nice view of the Seattle skyline and nice fish dinner and clam chowder type stuff. 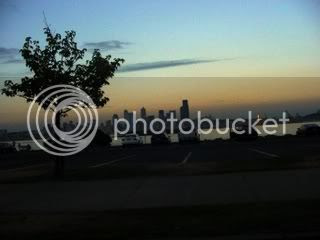 On Saturday we went on a road trip to the beach. I love the beach! Here is a self portrait with Beth in the background. 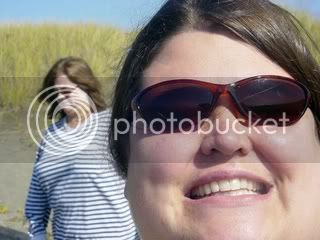 And this is Bridget full of the kind of joy only a three year old can have. I often wish I could be as free as that. Well, maybe I can but it seems to take more of an effort in my old age ;) Later, we all went to Westport which is an actual real live working fishing town. 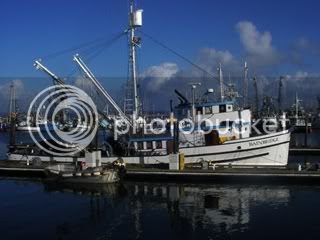 Sunday 9/10's big adventure was to the dog park. Chris joined us again and here is a shot I liked of Chris and Barry enjoying watching the dogs. 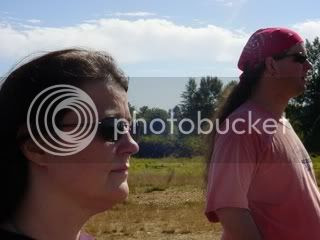 Finally, on Monday, Barry kindly drove me to the Amtrak station where I boarded a train for San Francisco. I got lucky and was able to upgrade to a sleeper for about 1/3 of the price of getting one in advance. I love taking the train in a sleeper car! I didnt take a whole lot of pictures on the train but this one is pretty representative of the kind of view one can get when one is in a town. I would have taken photos of all the beautiful scenary we passed (Mt St Helens, Mt Hood, etc) but I was too busy enjoying it if that makes any sense. 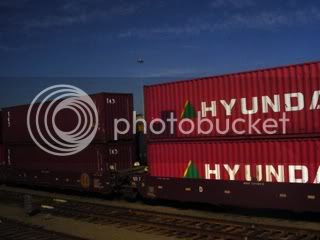 Hmm...
Seems like you had a lot of fun apart from the sowallen foot!