I got back from my trip to California yesterday. Here is where I pretend you are all held hostage in my living room as I get out the dreaded slide projector for the vacation slide show! 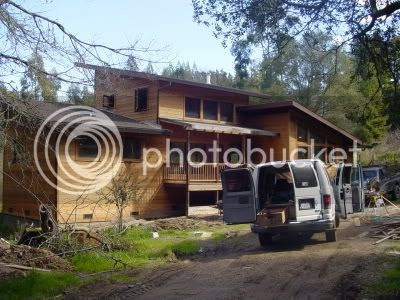 This is the house that my friend Caleb is building. It is really stunning. 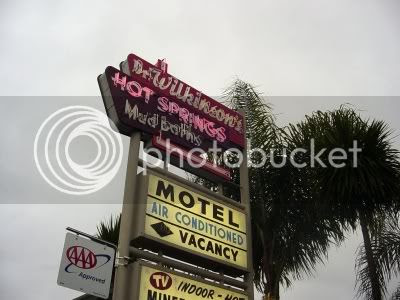 Shannon and I went with a friend of hers, Kristin, to Calistoga. They have all kinds of spas there with hot mineral baths and mud baths and whatnots. What a perfect place for three chicks to hang out, right? 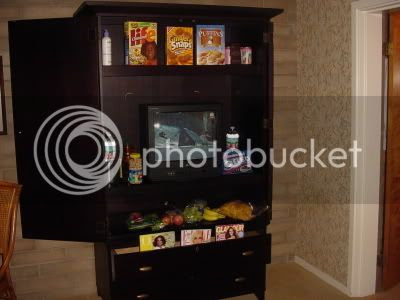 We stopped at the grocery store and bought cookies and other goodies to eat. We also bought some magazines. Then we put the Olympics on TV. There was so much estrogen in the room it would have made a guy faint! 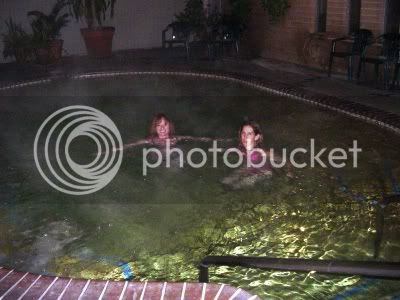 Kristin and Shannon in the giant hot tub. Caleb and the kids joined us the next day but I was having so much fun, I forgot to take any more pictures! 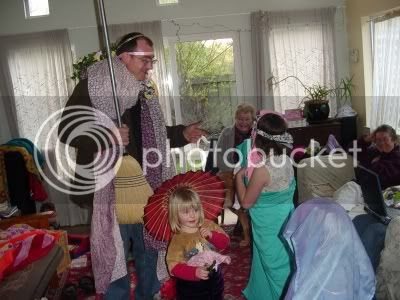 Shannon and Caleb live in co-housing. One night Shannon and a friend of hers cooked a common dinner for everyone who lived there and their guests. A lot of people showed up so before dinner, the kids decided to provide some entertainment in the form of a play. Basically, it was a wedding. A really cool wedding where the groom wore a beautiful blue burka! 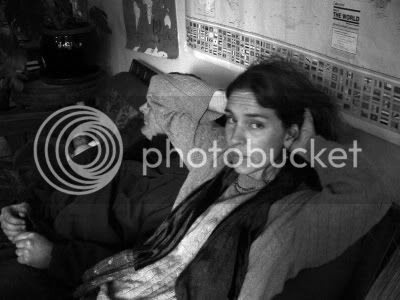 We spent a good amount of time just hanging around or rather I did. Shannon had to do a lot of mothering but I managed to catch her sitting down for a short break. 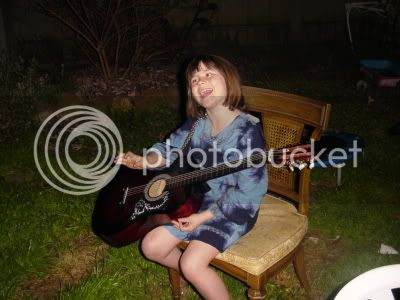 Anja is learning how to play the guitar. She gave everyone a concert one night in the back yard. She even composed her own song. It was about me even! And ok, it was about me losing some toes and having a big nose which I dont but I'll give her some artistic license since nose is really such a good rhyme for toes and because it is the only song that anyone has ever wrote about me that I know of. 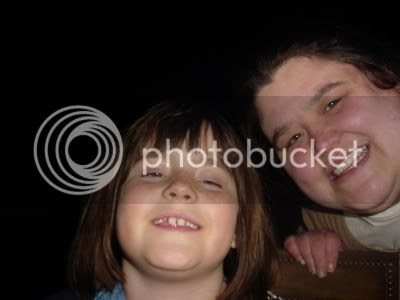 I mean see? I dont have a big nose at all!