Yay for the Internet

Hmmm. I was quite pleased when I woke up this morning. I got to log onto the internet and find out how very very well the elections went yesterday for the most part. I wasnt happy that Proposal 2 passed. But ok, I am sure that programs can be designed to help the same people in need and I am sure they will be so, hopefully, this proposal wont have a huge impact on people. We'll see though.

I ended up spending the rest of my day far away from my computer and the internet but I was only able to do that BECAUSE of the internet. You see, I was talking on the phone to a friend of mine and we were talking about some mutual friends of ours, some of whom I havent seen in 20 years! She mentioned that these folks were on MySpace of all things. That's right, MySpace - the online hangout of teenagers everywhere. It seemed silly to me to create a MySpace page but I did it anyways. And lo and behold, there those people were. Some of these folks I had tried to find over the years via google even but unsuccessfully. And there they were!

So I went and hung out with them today. It was really nice.


Oh yeah, and that rat bastard Rumsfield resigned. That was the icing on the cake of my day. 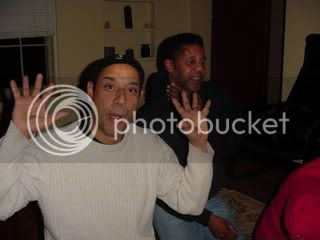 Hi...
Ummm... My Lecturer at university congradulated US on Democrate winning! Isn't that strange?